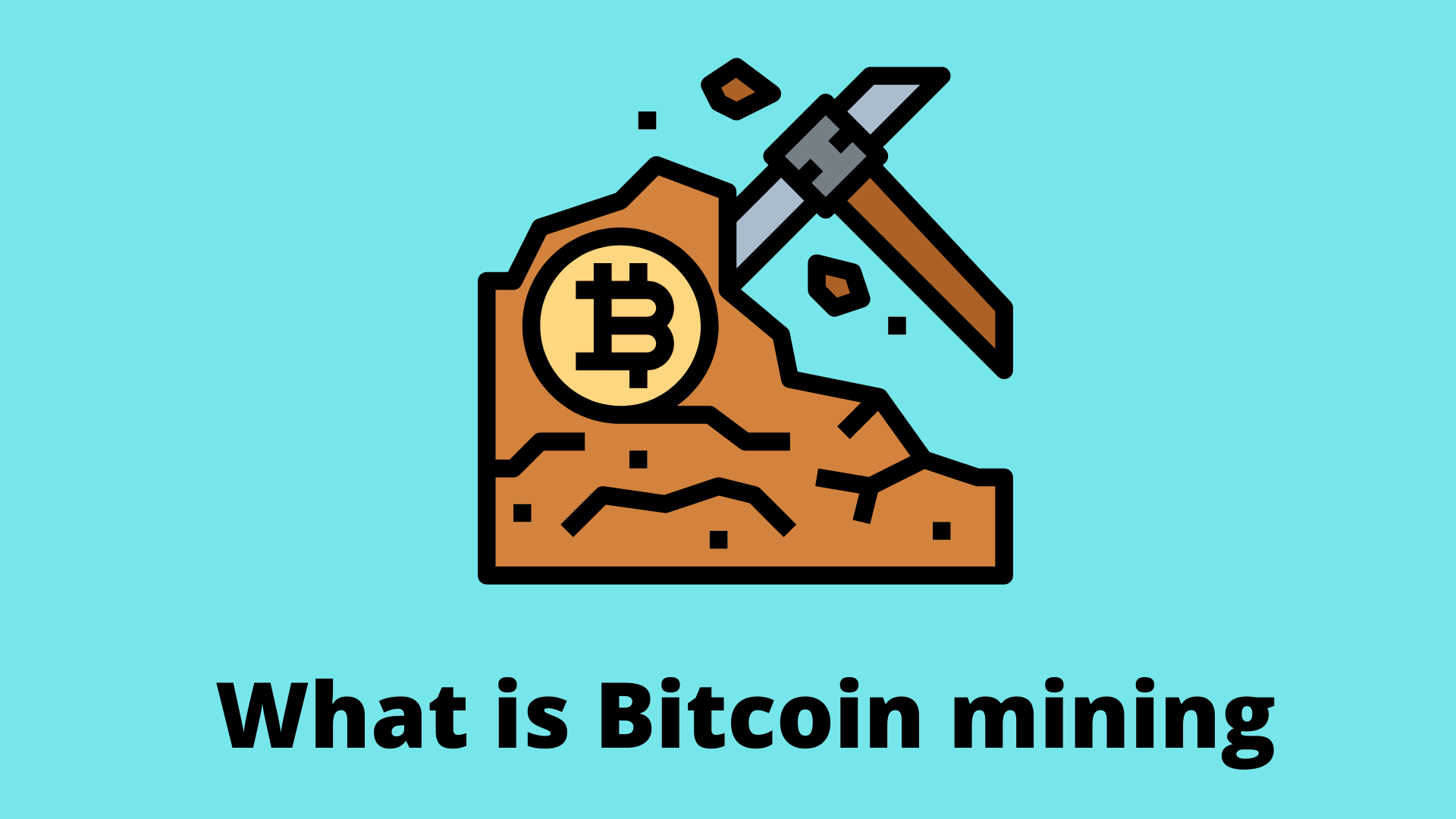 What is Bitcoin Mining?

In this article, we will explain what is Bitcoin mining, how does it work, what is an orphan block, a mining pool, and what is a bitcoin miner.

As you may already know, cryptocurrencies only exist in the virtual world. Therefore, from their
creation to their distribution, every process is done electronically. A crucial part of this process is called
cryptocurrency mining. Mining is a process where transactions of
cryptocurrencies are verified and added to the blockchain. It is also known as crypto
mining, altcoin mining, or Bitcoin mining (for the most popular form of cryptocurrency, Bitcoin). Bitcoin
mining has grown dramatically lately, both as a topic and as an activity, as cryptocurrency usage itself has
grown exponentially over the last few years. Let’s see „what is Bitcoin mining,“ and how does it work.

Cryptocurrency mining involves two functions, namely: adding transactions to a blockchain (securing
and verifying). The second one is releasing a new cryptocurrency. The individual blocks added by the miners
must contain the so-called Proof-of-Work or PoW. The PoW consensus algorithm ensures that miners
can validate a new block, include the transactions, and add it to the blockchain. Only if the distributed nodes
reach a consensus and agree that the block hash provided by the miner is a valid proof of operation. On
the other hand, Proof-of-Stake, or PoS distributes shares to miners based on their existing wealth, which
requires less energy and is more useful or productive to its cost.

What Bitcoin miners do?

Essentially, mining needs powerful computers and a particular program that helps miners compete with their
counterparts to solve complex mathematical problems. People who are using their computing
power to secure blockchain and cryptocurrency networks are called miners. A new cryptocurrency is
created in parallel with solving these mathematical problems. The process is similar to the mining of
physical gold in mines. Besides, the work and the luck required by the computer to accomplish some
of these tasks are equivalent to a miner finding gold in the earth, but while digging in a sandbox.

The process requires enormous computing resources. At regular intervals, miners attempt to resolve a
transaction data block using cryptographic hash functions. Therefore, the validation process for
blockchain transactions relies on encrypted data using algorithmic hashing.
The hash value is a fixed-length numeric value that uniquely identifies the data and is the result of the
hashing algorithm. This number is added to the hashed content of the previous block, which is then
hashed itself. If this new hash is smaller than or equal to the target hash, then it is accepted as a
solution, the miner receives the reward, and the block is added to the blockchain. That is basically what Bitcoin miners do.

The block mining reward is now 6.25 Bitcoin. Then the founder node will broadcast the block to the network when a valid fash is found. All other nodes will check that this hash is valid, and if so, the block will be added to the copy of the blockchain, and the miners proceed to the next block’s mining.

However, sometimes two miners could broadcast a valid block at the same time, and the
network rounds out with two competing blocks. All miners start digging the next block based on the block
they received first. Competition between these blocks will last until the next block is obtained.
Based on one of the competing blocks. The block that is abandoned is called an orphan block or a
stable block. The miners of this block will return to mining the chain of the winning block.

When Bitcoin miners add a new block with transactions to the whole blockchain, another part of their
responsibility is to make sure that the transactions are accurate. In particular, Bitcoin miners ensure that Bitcoin
is not duplicated or so-called „double spending“ (a unique strangeness of the digital currencies).

To understand all mentioned above, let’s look at a comparison. The central bank of the country provides paper (fiat) money or traditional currencies. The central bank regulates the
production of new money and the government of each country prosecutes and punishes the use of
counterfeit currency.

On the other hand, Bitcoin is not regulated by any centralized body. Instead, the cryptocurrency is
backed by millions of computers around the world called „nodes.“ This network of computers performs
the same function as central banks and governments, but with a few major differences. The nodes store
information about previous transactions and help to verify their authenticity. However, unlike
governments and centralized regulatory authorities, Bitcoin nodes are distributed worldwide and record
transaction data on a public list that anyone can reach.

What is a Bitcoin mining pool?

Bitcoin mining is so competitive today that it can only be profitable with the latest ASICs. What’s that
mean? Application-specific integrated circuit (shortly ASIC) is an integrated circuit (IC) customized for
specific use (Bitcoin mining), and it’s not intended for general purpose. In Bitcoin mining hardware, ASICs
are the next step in the development of CPUs, GPUs, and FPGAs. When you use desktop PC, GPUs, or
older ASIC models, power consumption exceeds the generated revenue. Even with the latest
device at your disposal, a single computer is rarely enough to compete with what the miners call
„mining pools.“

While the block reward is given to the miner who first finds the valid hash, the probability of that is equal to a fraction of the total network mining power. Miners with a small percentage of mining
power have very little chance of finding the next block by themselves. Also, companies jumped into the
battle, but they also failed to compete. That is why Bitcoin miners have begun to join open pools,
combining their resources for more effective competition.
That means pooling resources from miners who share their processing capacity across the network to
divide reward equally with the other in the pool, according to the amount of work they contribute to finding a block.

How to Become a Cryptocurrency Miner?

To start mining, cryptocurrency miners need specialized computer hardware with a dedicated GPU chip
or application-specific integrated circuit (ASIC), sufficient cooling equipment, and always-connected
Internet connection, a legitimate software package to extract cryptocurrency and membership in
both the online crypto exchange (and the crypto wallet created) and on the online mining pool.

Finally, we hope that you know a bit more about all processes, and we answered your question of „what is Bitcoin mining.“