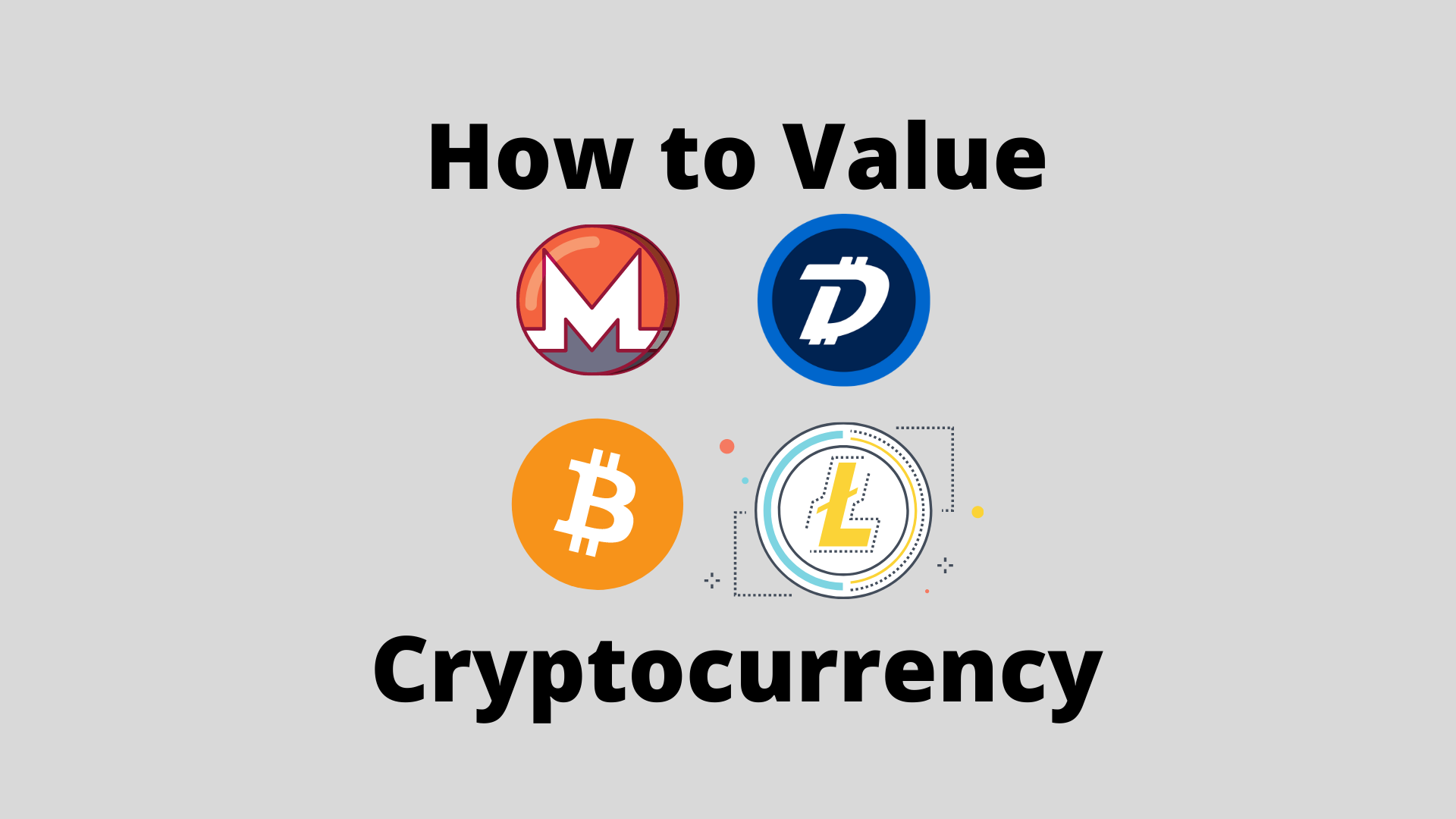 How to value a cryptocurrency

Probably the question every new person starting to learn or want to invest in cryptocurrency space asks itself is „How to value a cryptocurrency.“ First, you need to remember that the whole cryptocurrency space is not regulated and is an entirely new and different asset class. Bitcoin and the other coins and tokens are simply a code and, because of that reason, can’t be regulated traditionally. In many of the projects, developers are anonymous, but that is not necessarily a bad thing. You may ask yourself, „I am not a programmer,“ so how do I know what to look for.“ Let’s be honest; you are probably right to ask this question. There is a learning curve, and there are many things to be considered. From an investment standpoint, the whole space is very risky. Any cryptocurrency, including Bitcoin, could go to $0 or drop 90%  in value, so you need to be prepared for that.

So what to look for in a Cryptocurrency project?

Many cryptocurrency projects are created to enrich their developers. That itself makes 90% and even more of the projects a scam. On top of that, there are many so-called „influencers“ shilling some of these projects. Often because they are getting paid to do so and got personal intensive. Let me give you a few tips that may help you not get rekt in the space.

Bitcoin is the first successful cryptocurrency. The reason for that is resolving the Byzantine Generals Problem or Double Spending. That means Bitcoin prevents the same amount of currency from being spent twice. Solving this problem is one of the most significant innovations ever that took few decades to be solved. That doesn’t mean Bitcoin is perfect and not having issues. I don’t think anything is perfect, but Bitcoin is the first, the most established cryptocurrency and is here to stay. Let’s see below some projects that actually improved Bitcoin.

DigiByte is a fork of Litecoin, which is a fork of Bitcoin. But let’s see what the improvement here is. Bitcoin has some issues with scalability and mining centralization, and that’s what DigiByte solves. DGB has five mining algorithms, real-time difficulty adjustment, and much faster block times. The real innovation from DigiByte is Multishield.

Monero is the best-known privacy coin. The above currencies DigiByte and Bitcoin, are not private, which means everything is visible on the blockchain. For some people and businesses, that is a real issue, and privacy is essential. The problem with Monero is the inflation bug, just like the other two coins mentioned (DGB and BTC) have. The inflation bug with  Bitcoin and Digibyte could be found and solved easier than Monero because of its privacy futures.

Ethereum is the first blockchain that alow building decentralized applications on the blockchain. The first three coins I have mentioned are currencies. They allow you to transfer value from one address to another(trustless). Ethereum, on the other side, makes possible executions of more complicated programs called smart contracts. That sounds very interesting and innovative, and it is but the complicity of the blockchain makes it more vulnerable to attacks.

HEX is a smart contract operating on the Ethereum blockchain. The innovation of HEX is making it possible to earn interest in a decentralized way. HEX is the first certificate of deposit on the blockchain. I am mentioning HEX because, besides the innovation, the smart contract has two security audits and has no Admin keys. That is extremely important to look at every Dapp you want to invest in. The security audit makes sure that the code is clear and has no bugs, and not having Admin keys means that no one could change the code and change the smart contract.

The projects I mentioned are not financial advice and are just examples. Any one of them could go to $0. They are just good examples of innovation from a technical point of view. I am sure there are other good projects and maybe even better, but you need to do your own research.

The other tip is to find how large the communities are, which is essential for any project.  At the end of the day we as a human making something valuable. Don’t expect that if you communicate with someone about a project that the person on the other side will always be knowable. That is why if you learn the basics of this technology, you will ask the right questions. You will also understand if someone wants to take advantage of you. Great places to learn are Reddit and Twitter. There are some excellent telegram and discord groups too.

We hope that you got a better understanding of how to value a cryptocurrency after reading this article.