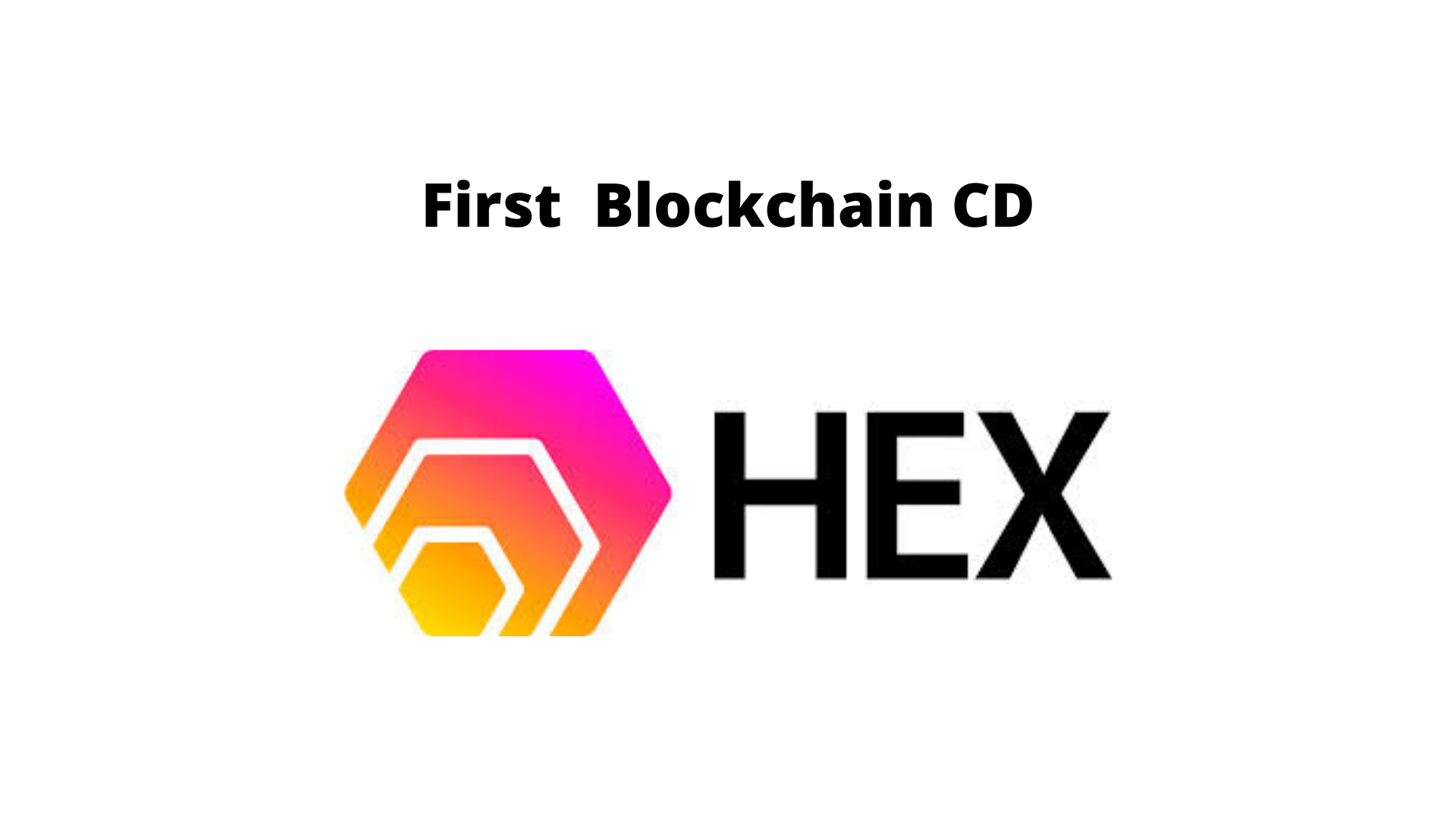 As you probably already know, HEX is the first decentralized Certificate of deposit (time deposit). So, let’s see the benefits of HEX over the Bank system. If you read this article, you may notice that your local currency is losing purchasing power over time, or the banks you use to keep your money doesn’t offer the interest as a decade or two ago. The problem with the money’s inflation is already solved by cryptocurrencies such a Bitcoin, where the inflation is fixed and changing the supply is practically impossible. The issue with Bitcoin is that there is no way to earn interest, or at least not in a decentralized way as HEX allows.

Centralized vs Decentralized interest on your money?

I do have some experience (good and bad) over the years by earning yield on my money by keeping them within the bank. The year was 2014 when the Bulgarian bank CCB (Corporate Commercial Bank) was the biggest bank in terms of deposit growth, offering around 10% interest to their customers. Shortly then June 2014, the bank got busted, so they blocked my money. In the EU, deposits under 100 000 euro are protected by the deposit guarantee scheme, so “I am safe.” After more than a year of waiting and praying, I finally got my money back, so lesson learned “Never trust 3rd party with your savings”. Many people lost their wealth around the same time in Cyprus as well.

Clearly, there is no guarantee that you will get your money back if you trust someone else holding them for you. In cryptocurrency space, there is a quote by Andreas Antonopoulos “Not your keys, not your coins.” It is ironic, so many people repeat that phrase, and they still trust the middleman with their coins. Yes, “They still trust the middleman with their coins” and shifting the narrative by saying, “OH, this time is different” or “They got good intentions.” The truth is that Bitcoin was designed to eliminate the middleman, and the message in the genesis block is showing that. So why we would like to offer the facility back to equivalent people, we should always be fighting against. The answer is obvious: „Greed“ or mildly said „Return of the investment.“ That is why people trust their Bitcoin to someone else.

I explained why centralized finance doesn’t work (at least most of the time or in the long run). Now let’s see the decentralized options and why HEX is the best one. Earning decentralized interest is known as staking. There are many blockchains that you stake your coins to validate the transactions in-network, and you get rewarded afterward. Let’s say the blockchain you participate in has a 5% inflation rate per year. So by staking your coins, 5% is the highest return you could get.

Often the return is less because most platforms have a minimum limit of coins, and at least if you don’t invest tens or hundreds of thousands, you will be forced to use a pool where a cut of your reward will be taken. That is a great way of earning yield if you could find the right blockchain, so the question is, “Why do we need HEX?” What if I told you that the inflation rate of HEX is fixed to 3,69% per annum, and you will always be able to earn more.  How is that possible, you’ll ask? It is because of the T-Shares, and I will try to explain!

If people end their stakes early and get penalised you will have higher return of 3,69%

So is there anything on this planet where you can have a better yield on your investment?$HEX will accumulate a lot of economic energy and the staking class will beat the inflation!

What is HEX T-share and why is it important?

First, I like to mention that the HEX code is locked in a smart contract, so manipulation isn’t impossible, and the code is immutable. Also, the smart contract has had 2 security one economy audit. I mentioned that the inflation rate of HEX is fixed to 3,69% per year, and stakers always get paid more (in HEX tokens). That is possible because of the T-Shares, and while the HEX supply is increasing, T-Shares are getting scarce because with time you need more HEX tokens to get the same amount of shares. So your interest is getting paid by the number of shares you own. When you stake HEX tokens, they are burned and converted to shares. In the tweet below, you could see how to calculate the interest based on the T-share price.

Here is an example of how the interest is paid in HEX based on the number of shares you own.

NO TRADING INVOLVED…
Few understand this! 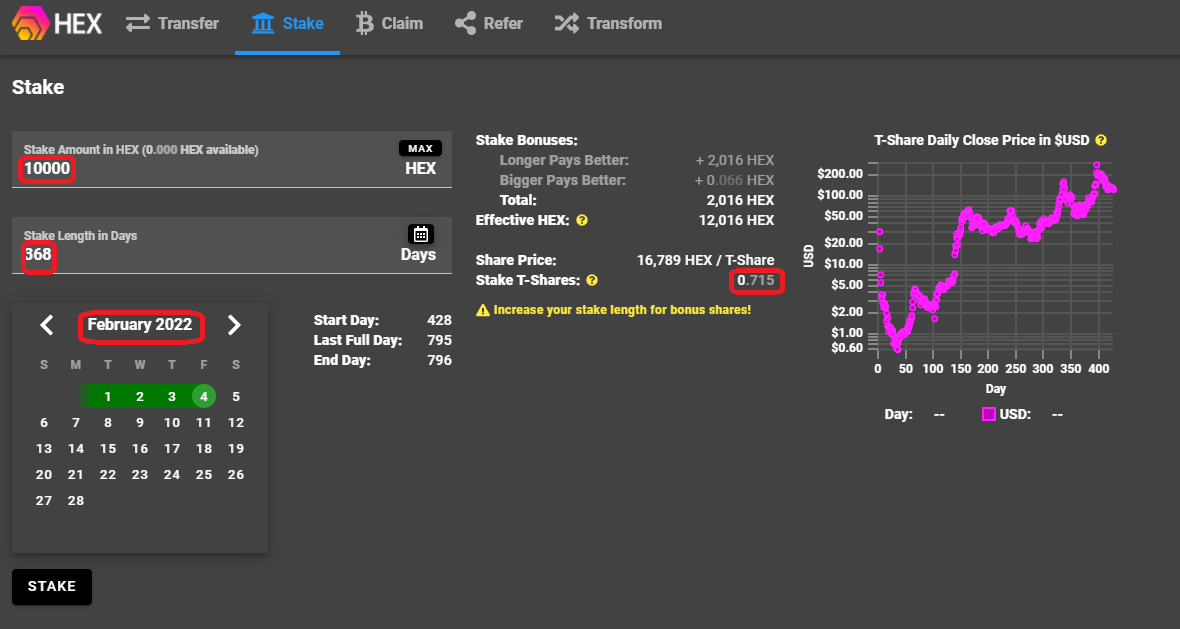 You are getting more shares for the same amount if you stake longer. That guarantees a high yield for the duration of the stake. Now you may ask, “But what if all the tokens are staked?” Theoretically, that is possible but not likely to happen as no all currency supply has ever been locked in human history. You could argue that HEX is only a tool for staking, and we use different payment methods for day-to-day transactions. I agree with that, but people always need extra money for many different unpredicted reasons from time to time. Because of unpredicted reasons, people will need to end their stakes earlier than planned.

Here comes the most beautiful and innovative part of HEX, the emergency end stake. If someone needs to emergency end stake (end the stake earlier), they need to pay the penalty. The penalty could be quite severe if the stake is ended early. Sometimes not only the interest is lost but a percentage of the stake as well. Penalties of all emergency end stakes are distributed to other stakers, so a bonus rewards the strongest hands. All that is what makes HEX unique and could probably be the greatest financial innovation up to date. That is only possible because of the decentralized blockchain and the power of the immutable smart contract. No human intervention is needed, as in HEX, the code is the law.

Will HEX survive and what if something better comes along the way?

You may now be wondering if someone builds a better HEX, and you are probably right to ask yourself this question. As people, sometimes we overestimate ourselves that we could improve something quicker than actually possible. As I mentioned above, HEX only exists because of decentralized blockchain and smart contracts. We know that these two innovations took a few decades to be finished. Thanks to some of the smartest people on the planet. So making a better certificate of deposit is not likely to happen in our lifetime. People could start copying HEX, but this will be like all coins trying to replace Bitcoin with almost no improvement. HEX has the first-mover advantage with a few billion USD locked in the contract after just a year in existence.

HEX price going down and I am losing money?

This question is mostly asked by people who are new to the cryptocurrency space or unfamiliar with the price discovery in the free markets. All cryptocurrencies are very volatile, and a drop in price in USD up to 95% is normal. That’s only in the short term as the long-term charts are up 10,000% and more.

Here I could give you another example where the HEX shine over all other cryptocurrencies. When the USD’s price is down, that means most of the HEX is a liquid, and a small percentage of total supply is staked. But if you have staked and don’t speculate with the price, this will earn you more HEX tokens. That is why I am happy when they are not many stakes, and the amount of HEX I earn daily makes me feel great. If you plan to stake your tokens for a long time, the cheaper HEX is, the better is for you.

How should I stake HEX?

HEX cryptocurrency gives you the best on-chain analysis of the blockchain than any other crypto. You could check everything from when the stake is started, ending, or other people’s stakes. So based on that information, you could figure out how to build your staking ladder. These are some of the tools to use in research and staking HEX: hexinfo.io hex.vision graphex.rocks and staker app. Other factors to consider are your age, so you may wish to stake longer and bigger if you are younger. But if you are older, you could make the stakes another way around. For special occasions such as birthdays and anniversaries, you could make bigger stakes than you usually do.

Regarding staking, the only thing I am following is not to stake anything less than 10 000 HEX per stake. The reason is Ethereum transaction fees are a bit expensive. When the stake is ending, there is 14 days period that you need to end it.  That gives you enough time to end the stake when transactions are cheaper. Also, bear in mind that you will be penalized if you end the stake after 14 days. The penalty after that period is 1% per week. The penalty will be distributed to the other stakers in HEX.