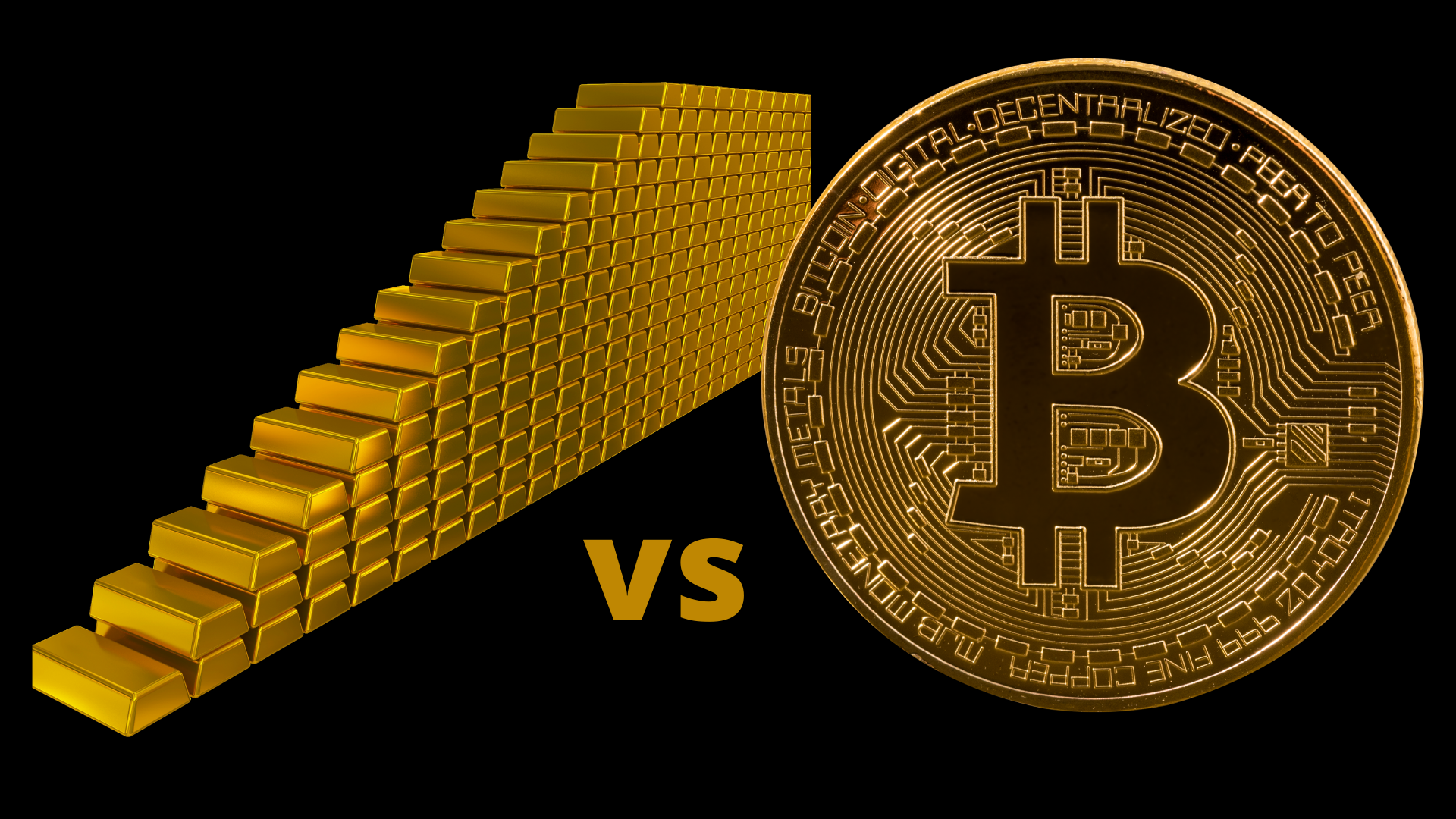 Brief History of Gold and Bitcoin

Gold has been a medium of exchange and money for thousands of years. It was first used as a currency by the ancient Egipt 5000 years ago. The first time gold has been as money was by the ancient Greeks. They have been the first starting to cut coins from gold and pricing goods and services with precious metals. From ancient Greeks, until 1971, Gold was used as money, or paper money (IOU) was backed with Gold.

Bitcoin (BTC) cryptocurrency is open-source software that shares some of the Gold properties. That is why BTC is also known as digital Gold. Bitcoin is a very new asset, as was created in 2009 by an anonymous man called Satoshi Nakamoto. Eleven years after its creation, Bitcoin gained a lot of attention and now is used as a payment method mostly online.

The maximum supply of Gold is unknown and is anywhere between 160 000 tons to 2,5 million tonnes. Although this makes, Gold is still one of the scarcest metals in the world. The amount of minable Gold per year is somewhere around 3000 thousand tonnes. USGS ( U.S Geological Survey ) found that the current known minable resources are 52000 tons. There is a lot more gold on our planet as well in the universe but is not economy intensive, or we don’t have the right equipment to mine it. The Gold on earth is much more as the seawater contains the precious metal, but at this point, we are not able to extract it. There is also gold on the bottom of the oceans and in the planetary core. Unfortunately, we can’t get that either, and most likely we never will.

Bitcoin has a fixed supply of a maximum of 21 million coins. Similar to Gold, Bitcoin is also mined. But rather to be dug out of the ground; the process is done by computers following the rule of the protocol. That is what makes Bitcoin the scarcest asset in the world. At the time of the writing of this article, the mined Bitcoin is 18.5 million coins, and whit the current block reward, the inflation rate of BTC is 1.9%. The next change will come in the year 2024 when the block reward will be reduced in half, and the inflation rate will be under 1%.

Today we are using government-issued money called FIAT. They don’t have intrinsic value and are valuable because we are paying our taxes with them. FIAT money has an infinite supply as the governments and Banks could create as many as they want. That isn’t necessarily a bad practice if the amount of the printed money is distributed equally in society instead of given to big players like corporations and hedge funds. Issuing money from authorities is what causing Bitcoin and Gold to be speculative assets.

Today most people and big institutions buying paper contracts of Gold with a promise from the custodian that they can receive the physical metal if they want to. The problem with that is the same contract is sold to hundreds of other investors. To said it otherwise, every once of physical Gold in reserve is sold as an ounce to hundred other people.
Bitcoin is manipulated in a bit similar way. Because BTC supply is visible on the blockchain, this practice is more complicated and is done by trading Bitcoin on cryptocurrency exchanges. Most cryptocurrency exchanges use fake volumes, and often, the maximum supply of the coin is traded every 24 hours. Of course, this could not be audited because these exchanges are centralized, and buying-selling orders are mostly fake and manipulated. By checking the Bitcoin blockchain is easy for anyone to see that there are a million coins that didn’t move for several years.

Using Bitcoin or Gold as a medium of exchange

We are in a digital age now, and most of the shopping we do is online. Even our local stores barely accept cash now. In this regard, Bitcoin has a clear advantage over Gold because it is effortless to install a BTC wallet, and you could make payments. Many websites, coffee shops, barbers, and other mostly small to medium size businesses are accepting Bitcoin as a payment method. Even if merchants don’t accept BTC as a payment method, some debit card providers are making it possible.

Unfortunately, almost no business accepts Gold as a payment method. It is mostly used in industry, jewelry and as a store of value. There is a company called gold money, which is issuing prepaid cards allowing you to spend your Gold. The process is that the company is storing your Gold. When you make a purchase with the card merchant receives FIAT currency. Then the balance is deducted from your Gold holding. For example, f you have 10 grams (approximately $530) of Gold stored with Gold money, and you decide to buy something for $53 using the debit card, your Gold balance after the purchase will be 9 grams. The negative thing here is someone else storing the Gold for you.

Both Gold and Bitcoin have positives and negatives. If you want to have something with a long history of value, Gold is the clear winner here. The precious metal is also perfect for privacy. If you wish to make an untraceable payment, nothing beats Gold, Cash, and precious metals in general. Gold also could be considered in the scenario of electricity or internet outage. Even against an EMP event when the Bitcoin will not work. On the other side, if you like to have something scarce with a fixed supply auditable at any time, Bitcoin is the clear winner. For making payments and sending transactions across the world without the involvement of 3rd parties, BTC is also the way to go. Exiting a totalitarian regime is also possible with Bitcoin and challenging to do with Gold as its bulky, heavy, and easy to be detected.

As we can see, there is no clear winner here. Both have advantages and disadvantages to each other. Considering the global situation right now with the stimulus from the central banks and endless money printing, having Bitcoin or Gold maybe is a good idea.